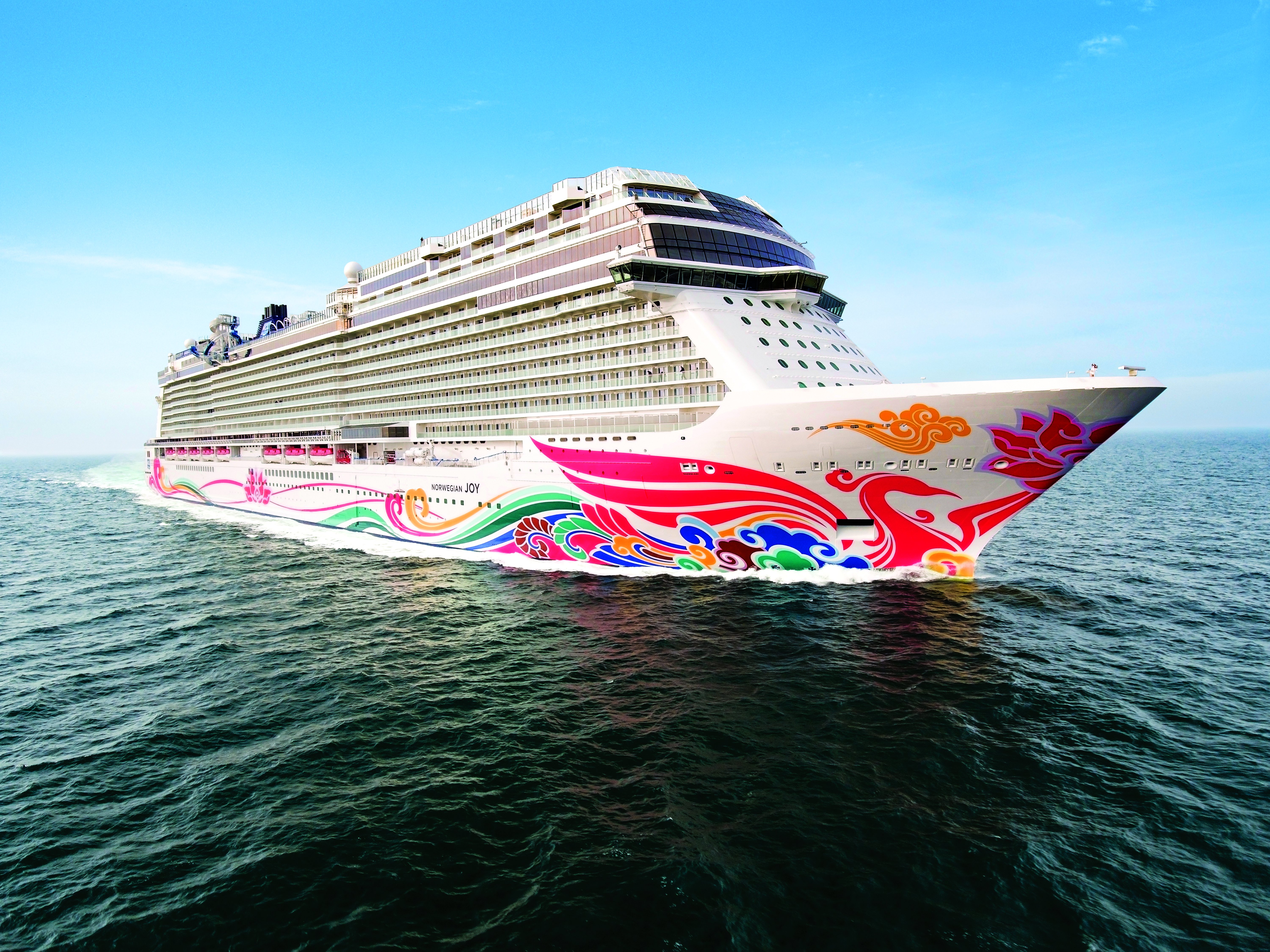 For the scores of cruise passengers who’ve already tested the waters of the Mediterranean, it’s time to make your wake in the Caribbean.

Demand for Caribbean itineraries surpasses the Mediterranean in most international markets, according to Eamon Ferrin, Norwegian Cruise Line Vice President & Managing Director UK, Ireland, Israel, Middle East & Africa. “While the Med remains a solid favourite among South African cruise enthusiasts, globally, it is the Caribbean that wins out as it is such a year round destination,” he explained.

According to 2019 data by the Cruise Lines International Association (CLIA), the Caribbean remains the biggest market based on ship deployment this year, at 34 percent, compared to 11 percent in the Mediterranean.

“With more than 30-million travellers expected to cruise this year, the Caribbean offers a diverse range of tropical destinations with a laid-back ambience, making it exceptionally appealing for South African honeymoon couples, multi-generational families, groups of friends and even corporate teams looking for their next international cruise,” says Ferrin.

And it’s not just ‘cruise-and-flop’ itineraries either. Ferrin sees plenty of reason to stretch your sea legs with a sailing across tropical Caribbean waters in 2019. 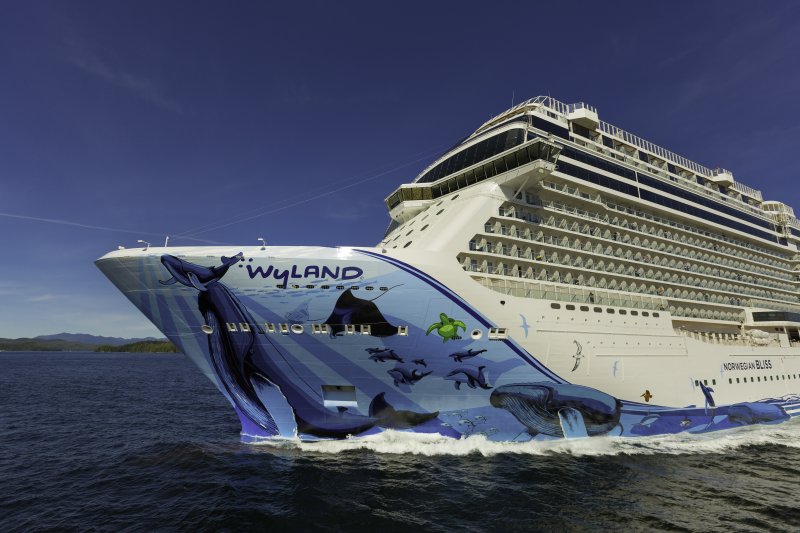 The Norwegian Bliss, NCL’s newest cruise ship that will cruise the Caribbean in Dec’19

Known for its vast areas of lush jungle, shimmering sand and coconut palms, the scenery in the Caribbean differs radically from the Mediterranean.

“St Lucia is just one of the Caribbean’s most naturally beautiful and exotic destinations, where the opportunity for both relaxation and adventure is abundant. How you spend your time on this unique, mango-shaped island on your next cruise, is up to you,” Ferrin explains.

Passengers can unwind on the beach, or channel their inner Robinson Crusoe on a scenic rainforest trek, hike to the island’s impressive Sulphur Springs for a mud bath, or climb Gros Piton – an achievable goal for those with a can-do attitude and a head for heights.

“Even the views from the ship are exquisite,” says Ferrin. “Settle down for some waterfront dining aboard the Norwegian Encore, set to launch in November this year. [The new ship] will operate from Miami into the Eastern Caribbean during the winter cruise season.” 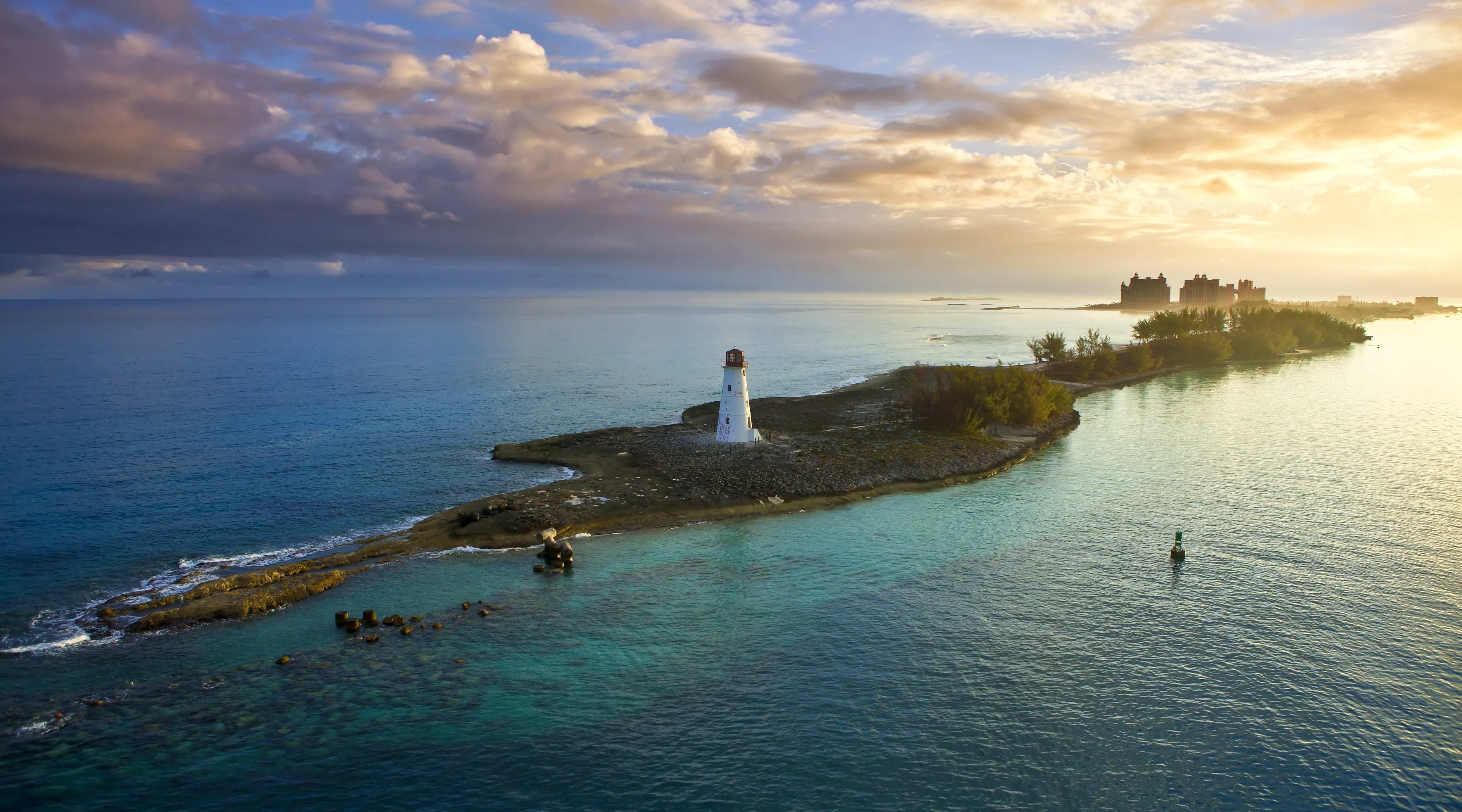 The port of Nassau in the Bahamas at dawn

The Mediterranean has its share of sun-soaked beaches, a vibrant cultural scene and remarkable European history, but the Caribbean ticks each of those boxes, too.

“Commanding the gateway to the Gulf of Mexico, the Caribbean Sea, and the entire Central American region, the Bahamas retained a strategic location during the colonial era, soon becoming a British crown colony,” says Ferrin.

“Its history is fraught with long periods of lawlessness and piracy, and, as a society today, the culture is a distinctive blend of European and African heritage – the latter a legacy of the slave trade… [and] Christopher Columbus made this his original landfall in the Americas [arriving in the Caribbean] back in 1492.”

In particular, Nassau, the capital of the Bahamas, is a history lover’s hotspot, with a variety of historic landmarks including forts and monuments. 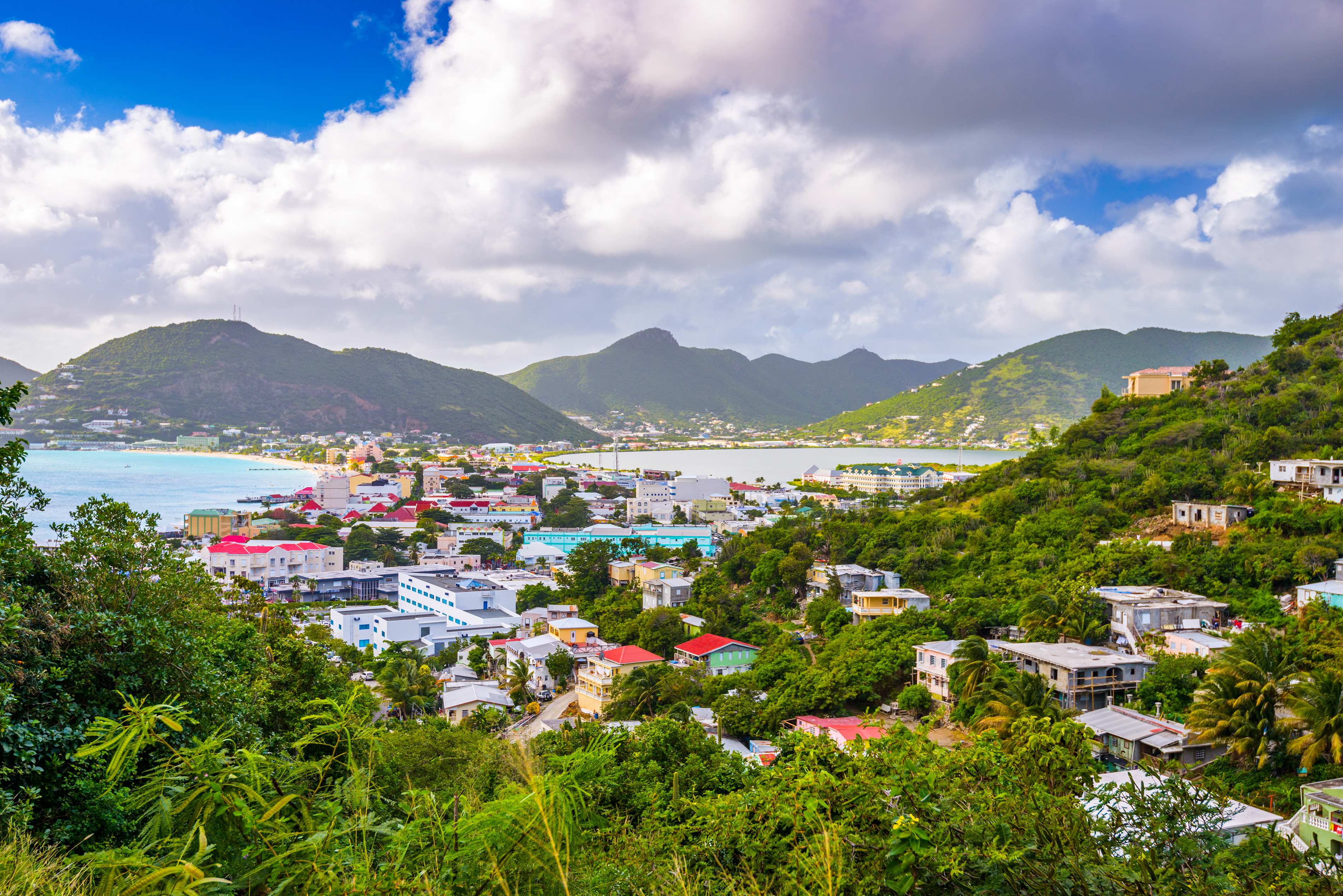 A little bit of Europe rolled into one

“One thing South African travellers must keep in mind is that the Caribbean is not all about sun-lounging, and there are plenty of fascinating and cities and villages that are really quite cosmopolitan,” Ferris adds.

One of the most interesting ports of call, he offers, is Philipsburg in St Maarten: “Five parallel streets and lanes stretch along a narrow strip of land between Great Bay Beach and the Great Salt Pond. Visitors will discover a treasure trove of European-style boutiques, duty-free stores and restaurants.

“Charming cobble-stone lanes called steegjes offer the chance to find a quaint café for a seafood lunch paired with a fruity cocktail served with a generous splash of Old Man Guavaberry rum. While Venice has it’s Aperol, Guavaberry is the local go-to tipple down here,” he adds. 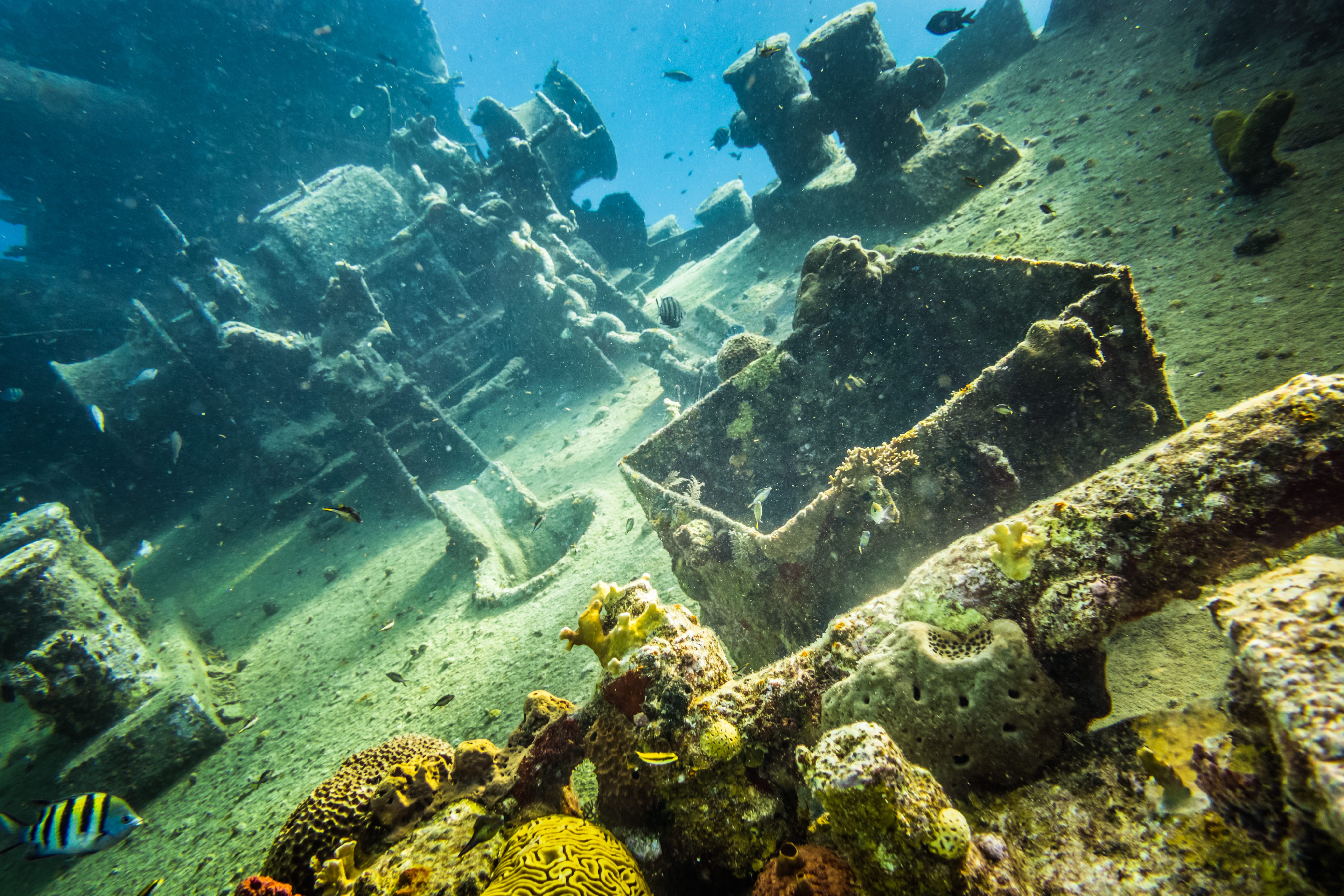 An underwater shipwreck in the Caribbean.

The Caribbean is heaven for scuba diving and snorkelling, with thousands of species of marine creatures, beautiful coral reef, and underwater visibility that’s at times as much as 50 meters.

“You don’t have to be an experienced diver to appreciate the marine life of the Caribbean fully,” says Ferrin. “The corals are generally quite shallow, so snorkelling is an easy feat for all ages and all levels of fitness.”

Ferrin recommends the charismatic seafront capital of Kralendijk, Bonaire, as a gateway to popular snorkelling and dive sites. “The neighbouring islet of Klein Bonaire is a sanctuary for loggerhead, hawksbill and green sea turtles.”

A trip to the Stingray City Sandbar on Grand Cayman, where visitors can swim, snorkel and interact with southern stingrays filmed by National Geographic and Discovery, is another highlight.

Ferrin concludes: “South Africans who have yet to embark on a cruise don’t have to start locally, or in the Med for that matter. There is no harm in being some of the first pioneers of cruises in the Carribbean before the rest of the South African cruising community catches on.”

Buy one get one half price!

Don’t miss out on this latest offer from Norwegian Cruise Line which applies to bookings in an Oceanview or higher category stateroom made by 30 June 2019. With this deal, the second guest in the stateroom will pay just 50% of the cruise fare! Get in touch with the  for more info!